Well hello lovely readers, I know it’s been a while but what with Alan’s recovery from IVDD, the thing all us dachshunds fear will happen, our hoo-bro growing bigger & more mobile by the day and we’ve been busy renovating our home, it’s been somewhat chaotic over here!! However, life is starting to resemble some kind of normality so Mum & I have vowed to try & get back on track with the blog & give you guys something to read about!

We thought that you might be interested to see just how far Alan has come along in his recovery. In the middle of January Alan lost the use of both his back legs and was paralysed within hours of Mum noticing he wasn’t quite right. He spent a week at a referral vet centre having spinal surgery and physiotherapy.

It was touch & go for the first week he was at home and we were very unsure if he would make it and if so, just how able-bodied he would actually be. Mum & Dad did physio exercises with him everyday, three times a day and he used a physio band to help him walk. 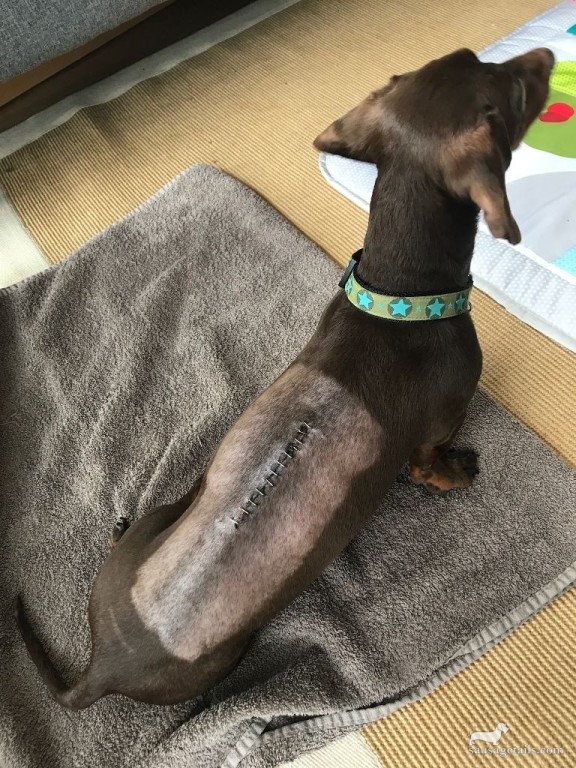 Soon he was moved from a crate into a small pen where he had a bit more room to move about, this also meant that I could escape from our hoo-bro as he had now started to crawl & it meant I could keep Alan company. 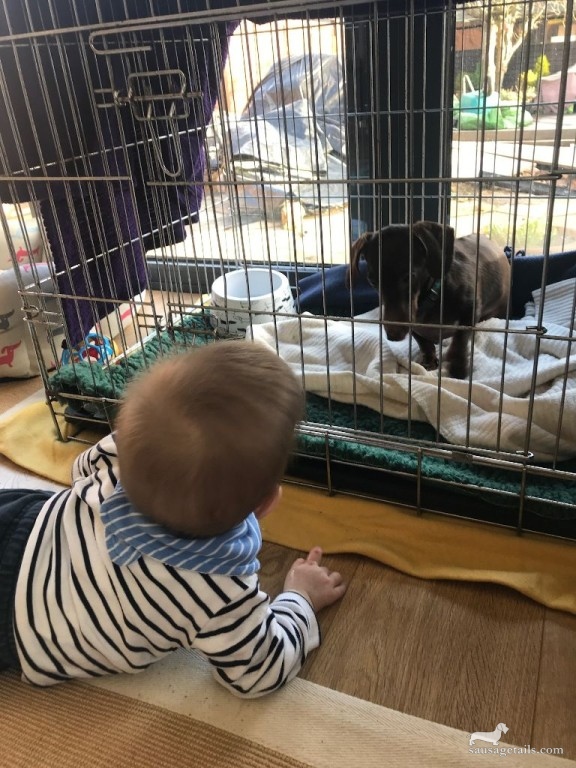 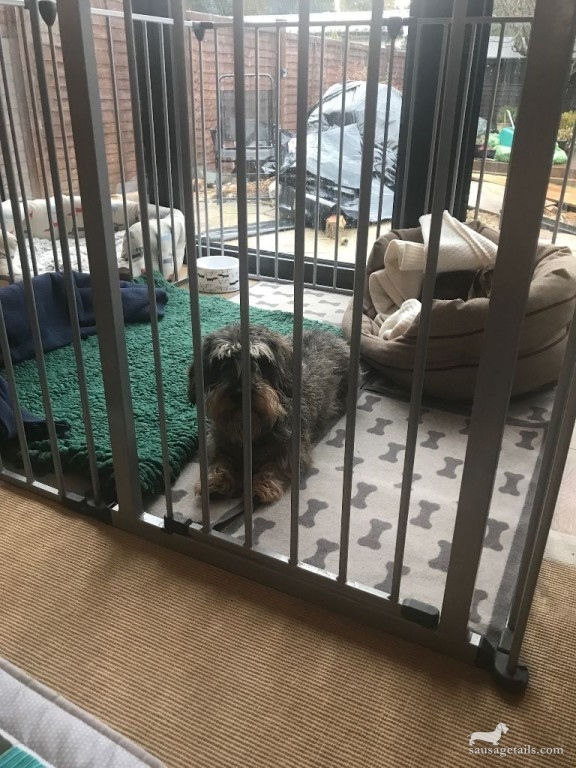 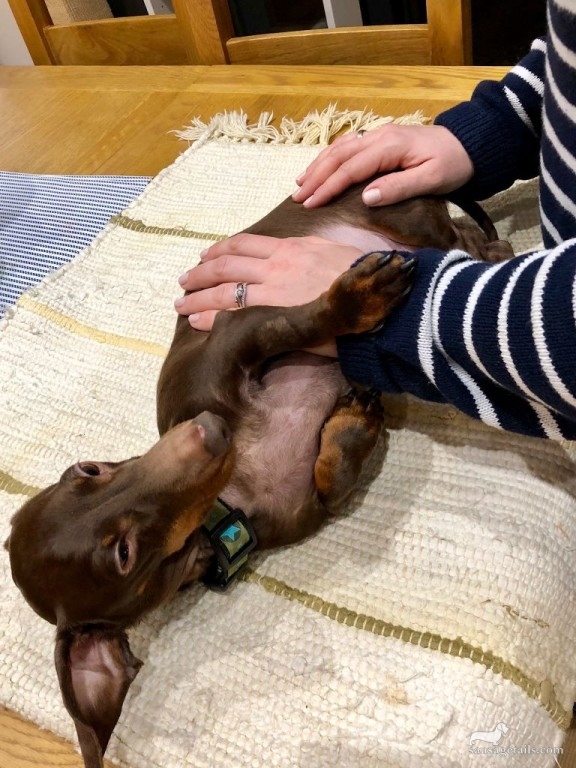 After a few weeks Alan went for a check up with our local vet who was happy for Alan to attend hydrotherapy & physiotherapy weekly with a lovely lady named Susie who lives near us. She really put Alan at ease and I think she was ready to keep him after a few weeks! Of course I attended to cheer Alan on, plus he had told me about the gravy bones Susie dished out at the end of each session! 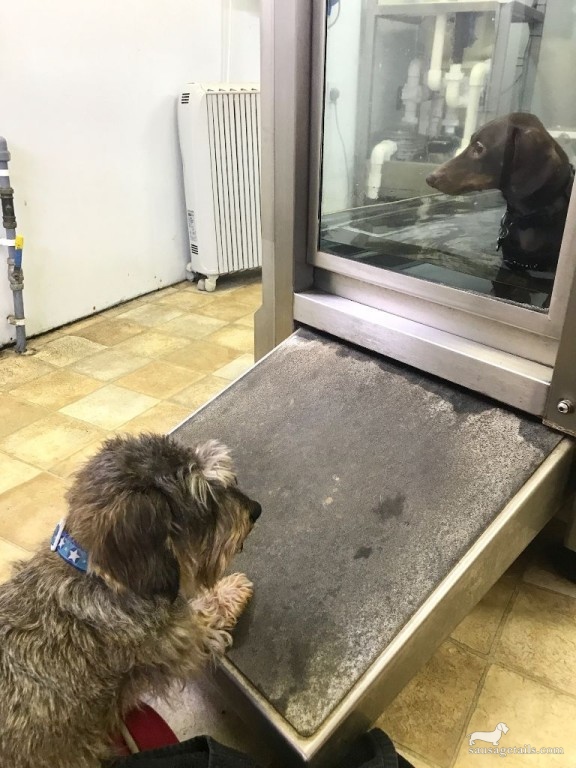 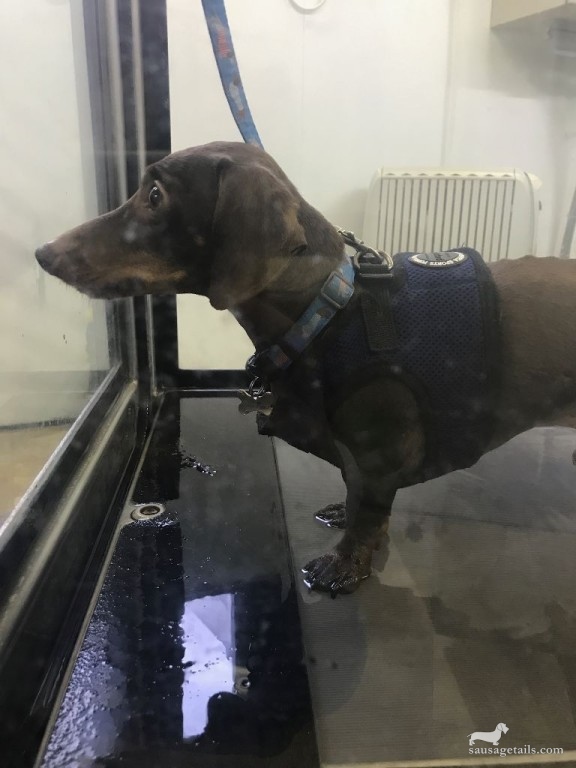 Alan got stronger & stronger as each week passed to the point where he was then discharged from having hydrotherapy at the end of April. It was bittersweet as we loved visiting Susie each week but so good to know she thought he was strong enough to do this on his own.

He is now back on ‘normal’ walks, well as normal as it can be when you have a near one-year old hoo-bro in tow, and to say he is loving life chasing squirrels again is an understatement!

He will never quite walk or run like he used to but he’s doing well for such a little dude that underwent quite big surgery and he will forever look a little drunk but thats Alan, he’s always been a little bit quirky!

A big thank you to all of you for your support these last 6 months, we’ve all really appreciated it.

Dach’s all for now – off to chase some more squirrels!